The Cheam First Nation, which is a partner in the gondola project, is “deeply concerned” about a competing proposal for a mountain resort.

Original article written May 21, 2021 by Glenda Luymes for the Vancouver Sun 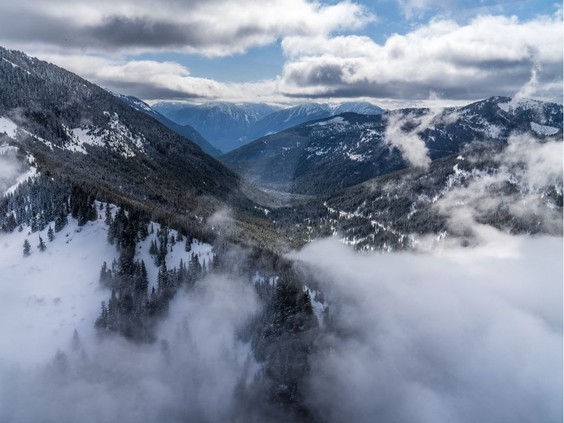 A photo of the area under consideration for a new tourist attraction near Chilliwack. Photo credit: Bridal Veil Mountain Resort Ltd. PNG

The provincial government must decide between two competing visions for the mountains above Bridal Falls in Chilliwack, including a sightseeing cable car modelled on the Sky to Sky Gondola in Squamish and an all-season mountain resort similar to Sun Peaks near Kamloops.

The ministry of forests has asked local government and First Nations for their feedback on both proposals before it will determine “how and whether to proceed,” creating a competition that some say is unprecedented and possibly unfair.

“For the province to treat these two projects as the same and create what is essentially a beauty pageant between them is very frustrating,” said Cheam First Nation Coun. Darwin Douglas. “It’s a slap in the face.”

The Cheam First Nation has been involved in the Cascade Skyline Gondola Project for about five years after Sea to Sky co-founder Jayson Faulkner approached then-Chief Ernie Crey with a proposal for an eco- and cultural-tourism attraction on the Cheam First Nation’s traditional territory. The First Nation, one of 11 communities that make up the Sto:lo Nation, has since become an equity partner in the project.

Faulkner said the gondola would have a small environmental footprint and would “protect, restore and enhance” a 3,000-hectare area above Bridal Falls, including areas of cultural significance to the Sto:lo.

“What we’re proposing is a gondola to a viewpoint that will give people the opportunity to hike and snowshoe and get into nature,” he said. “The scope and the scale is appropriate, as opposed to a resort with multiple lifts, a village, paved roads and significant water needs for snow making.”

Faulkner said the gondola project has been working toward provincial approval for five years, “ticking the boxes of a very long process,” and gathering letters of support from local government, businesses and recreation groups. “So it was really surprising when out of the blue there was another proposal and we were forced into an ad hoc process with a project that hasn’t done any of that — a proposal that’s little more than a flashy brochure.” 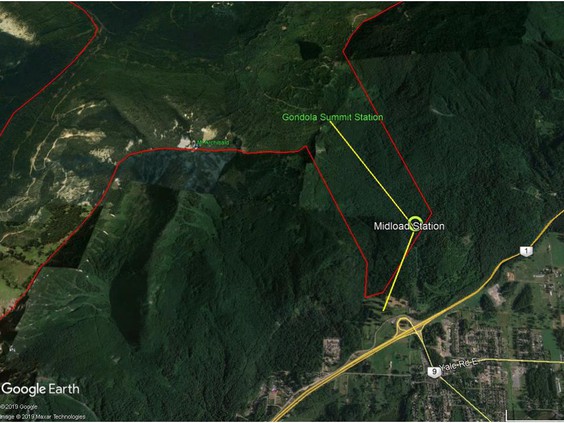 The route of a proposed sightseeing gondola in the mountains above Chilliwack. Photo credit: Cascade Skyline Gondola Ltd. PNG

He described the Cascade Skyline gondola as “one step,” while the mountain resort would be “10 steps further,” with two gondolas, two villages, and ski runs averaging 701 metres of vertical. 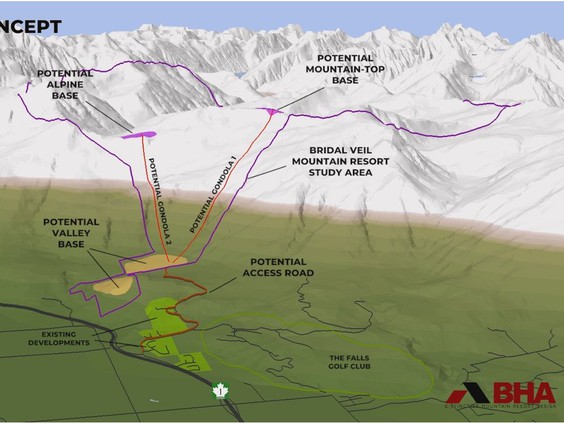 Wilson said the province must decide on the “highest and best use” of the area, including its economic, cultural, environmental and community benefits.

The resort project is committed to making the Sto:lo equity partners, said Michael Watson, president of DPI Development Partners Inc., which has been hired to conduct Indigenous engagement. “The idea is to get as many of the local bands involved right from the beginning.”

Watson said the Cheam First Nation’s gondola proposal is an “excellent project,” but there are many Sto:lo First Nations with claims in the resort’s proposed 4,600-hectare operating area. He said the resort has received positive feedback from many of them.

Cheam First Nation said it is also committed to working with its fellow Sto:lo First Nations and fully expect many others will be involved at different levels, including as equity partners, if the gondola project gets the go-ahead.

“We’ve been moving forward in this process to see if it’s feasible because someone needs to steer the canoe, or drive the bus, or however you want to put it,” said Douglas. “In this era of reconciliation, the economics are one thing — and we feel this creates many economic opportunities for First Nations — but the bottom line is that we need to create projects that help restore the area and balance economic development, cultural and recreational uses.”

In a statement, Cheam First Nation Chief Andrew Victor said he was “deeply concerned” and surprised by the resort announcement.

“Cheam First Nation has only recently been made aware of the revival of this (resort) project proposal, and we have yet had a chance to be included in their process, despite their plans and its potential impacts on our traditional territory and land. As it stands, Cheam First Nation continues to decisively reject this proposal,” he said.

Chilliwack Mayor Ken Popove declined to comment until after local First Nations have had a chance to review the competing proposals and make their comments public.

In a statement, a spokesperson for the ministry of forests said there is “significant overlap between the two proposals, both in terms of geography and key features,” but also key differences, including the development of a village in the resort proposal.

“There are existing cultural, First Nation, environmental, public recreation and natural resource interests in the area,” the statement continued. “The ministry is currently conducting a coordinated preliminary referral to First Nations and local governments on both proposals. Following a referral period, the ministry will evaluate the feedback and determine how and whether to proceed with either proposal.”

No timeline was given for a decision.